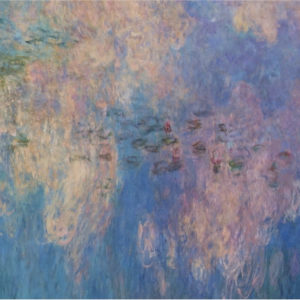 In Giverny, a small village located about 75km west of Paris, Claude Monet owned the “Pressoir” house as well as the gardens that surrounded it. He also rented a piece of land with a small body of water between the Chemin du Roy and the Epte river where he cultivated a few aquatic plants [Fig. 1]. In March 1893, Monet sought permission from the Prefect “to draw water from the Epte by digging a small ditch” of 60 to 70 cm in length to irrigate the pond. The town council denied Monet’s request but the artist appealed the decision in July and responded to allegations from the local population who feared the plants would poison the river. Monet argued that he would only grow “plants such as water lilies, reeds and irises of different varieties” already present in the Epte. Signing his letter “Claude Monet/artist painter,” Monet added that this was a leisurely endeavor only meant to “please the eye.”

The matter was revisited a few years later when Monet decided to increase the size of his pond [Fig. 2]. In a letter to the Prefect dated August 18, 1901, Monet wrote:

“Mister Prefect,
I am honored to ask for the authorisation to divert a stream of the Epte river called the “bras communal” into a property that belongs to me and which is located in the town of Giverny once the administrative procedures such project may require will have been fulfilled.
Sincerely,
Claude Monet
August 18, 1901
To Mister Prefect of Eure in Evreux”

After multiple exchanges between October and December 1901 with the public administration including Ponts et Chaussées, the Minister of Agriculture, the Sous-Préfecture of Andelys and the town of Giverny, Monet’s request was finally granted. In a letter dated December 11, 1901, the Prefect quoted the Article 644 of the civil code, which stated that “all landowners whose property is traversed by a stream can use it on their own premises at will as long as said stream is returned to its normal course when it exits the landowner’s property.” However, the town of Giverny added the following caveat: “if this pond used to cultivate aquatic plants becomes hazardous to public health, the authorization granted to Mr. Monet could be revoked.”

Monet was thus able to finalize his “Water Garden.” This mirror of light in which he immersed himself until the end of his life, was the ultimate source of his inspiration and the ground of experimentation from which he derived the great decorations of the Tuileries’ Orangerie. 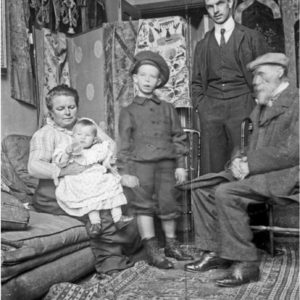 It is unlikely to find in Pierre-Auguste Renoir’s oeuvre a work that resembles this still-life and it is almost impossible to determine its subject: is it a vase? A lamp? A piece of fruit? A reproduction of this symmetrical composition that recalls Antique Roman frescos was included in Marc Edler and Albert André’s L’Atelier de Renoir published in 1931 (Fig. 2), which inventoried Renoir’s studio after his death. The still-life was later separated, as it was often the case for the artist’s studies, and sold by Galerie Barbazanges, as this archival photograph shows (Fig. 1).

The motif remains unusual in Renoir’s oeuvre and would have remained arcane without a photograph of the Renoir family taken in the artist’s studio in rue Caulaincourt in Paris around 1902-1903 (Fig. 3). Renoir had simply reproduced a motif he found on a piece of seemingly oriental textile visible behind the beret of his son Jean.

The WPI no longer solicits or considers submission requests for inclusion to the Vlaminck Digital Database.

The WPI is the sole owner of the research dossiers concerning the nearly three thousand works of art that received attestations of inclusion from the Wildenstein Institute between 1992 and 2018. These works will be published in the WPI’s forthcoming Vlaminck Digital Database in the year 2029.

If you would like to know whether the Vlaminck Committee studied a particular artwork between 1992 and 2018 and receive a summary of its existent research dossier from our archive, please submit an archival request through our website. 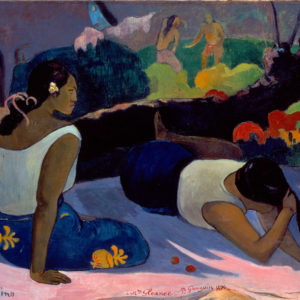 The WPI is preparing the next two volumes of the catalogue raisonné of the paintings of Paul Gauguin to be released as digital publications at the end of 2020.

The first installment will be dedicated to Gauguin’s first Tahitian years, his return to France and his last years in Oceania (Tahiti and Hivoa), spanning the years 1891 to 1903. Commentaries and analysis authored by Richard Brettell, Founding Director of the Edith O’Donnell Institute of Art History and The Margaret McDermott Distinguished Chair of Aesthetic Studies at The University of Texas at Dallas will complement the cataloguing data. The WPI is simultaneously preparing the second installment, a study of Gauguin’s Breton years (1889-1891), with accompanying texts by Gauguin scholar Sylvie Crussard. In support of this work, the WPI researchers have conducted extensive research and examined archival material and documents gathered by Georges Wildenstein, Daniel Wildenstein and the Wildenstein Institute since the 1920s. Both digital volumes will be freely accessible on the WPI website. 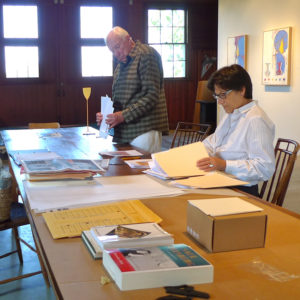 Join acclaimed author Roberta Bernstein for an evening at the Philadelphia Museum of Art while she discusses her definitive monograph on Jasper Johns, as well as her experiences working with him on the catalogue raisonné of painting and sculpture. 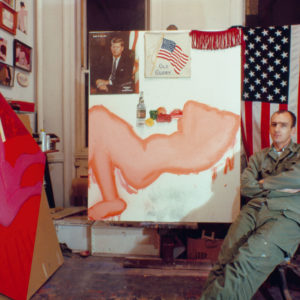 The WPI is pleased to announce the launch of the Tom Wesselmann Catalogue Raisonné. Working in close collaboration with the Estate of the artist, the WPI will author a dynamic online publication that will link to digitized material from the artist’s archives.

In addition to the wealth of archival documentation at the Wesselmann studio, the WPI’s researchers will also draw from the relevant archival materials compiled throughout the duration of the Jasper Johns Catalogue Raisonné project over the course of the last decade.

The WPI will begin accepting submissions for possible inclusion to the Tom Wesselmann Catalogue Raisonné in March 2020. As our team of researchers will initially focus their efforts on examining works from The Great American Nude series, we will prioritize these works with a limited-time fee-waiver for submission. More information will be available about this process in the coming months.