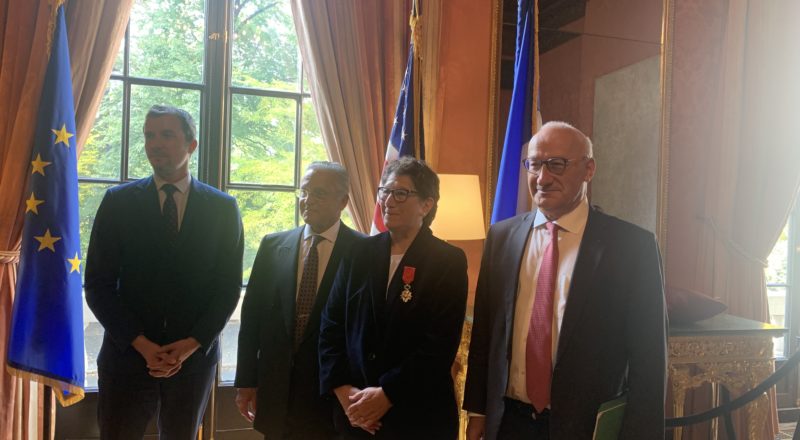 OCTOBER 25, 2022 — NEW YORK, NY — Roberta Bernstein, author of the five-volume Jasper Johns: Catalogue Raisonné of Painting and Sculpture published by the Wildenstein Plattner Institute in 2017, has been named Chevalier (Knight) of the National Order of the Legion of Honor, the highest French distinction for civil and military accomplishments, by decree of the President of the French Republic, February 7, 2022. The award recognizes Bernstein’s contributions on an international level as an art historian, author, curator, and professor.

In his letter Philippe Etienne, French Ambassador to the United States, described the catalogue raisonné as “a masterful work of benefit to the worldwide arts community. Your research and writing on Johns demonstrate a great interest in revealing the links between Jasper Johns and French artists of the 19th and 20th centuries, such as Marcel Duchamp, Cézanne and Sonia Delaunay. The Legion of Honor commends your numerous works which have influenced the understanding of this burgeoning artistic period in an expanded transnational perspective.”

Bernstein is widely recognized as the foremost scholar of the art of Jasper Johns. Her illustrated monograph, Jasper Johns: Redo an Eye, included as volume 1 of the catalogue raisonné, surveys Johns’s 60-year artistic career from 1954 to 2014 and represents the most comprehensive examination of the artist’s work to date. Two volumes of the catalogue raisonné are dedicated to Johns’s 355 paintings, and another volume comprises his 86 sculptures. Each work is thoroughly documented and illustrated with a full-page reproduction, nearly all of which are in color and were commissioned expressly for the publication. The fifth volume encompasses a biographical chronology of the artist’s life with photographs, record of destroyed works, comprehensive history of 900 exhibitions, literature references for each work, and a bibliography of 1,300 titles. The catalogue raisonné was printed by Trifolio in Verona, Italy.

Bernstein has written, “For more than 60 years Jasper Johns has remained a compelling and influential figure in contemporary art. His most widely influential work—depictions of everyday objects and signs such as flags, targets, flashlights, and lightbulbs—represented a shift in art of the 1950s by introducing subject matter that stood in contrast to the prevailing style of Abstract Expressionism. In subsequent decades, Johns’s art has increasingly engaged issues of memory and mortality, often incorporating references to admired artistic predecessors.”

In 2017-18 Bernstein co-curated the exhibition, “Jasper Johns: ‘Something Resembling Truth,’” organized by the Royal Academy of Arts in London, which traveled to The Broad in Los Angeles. In 2019 she curated the exhibition and catalog for the exhibition “Jasper Johns: Usuyuki,” at the Fergus McCaffrey Gallery in Tokyo. Previously, Bernstein authored Jasper Johns’ Paintings and Sculptures, 1954–1974: “The Changing Focus of the Eye,” UMI Research Press, (1985), which is regarded as among the most significant studies of the first 20 years of the artist’s career, and Seeing a Thing Can Sometimes Trigger the Mind to Make Another Thing, a catalogue essay for Jasper Johns: A Retrospective, Museum of Modern Art, New York (1996). 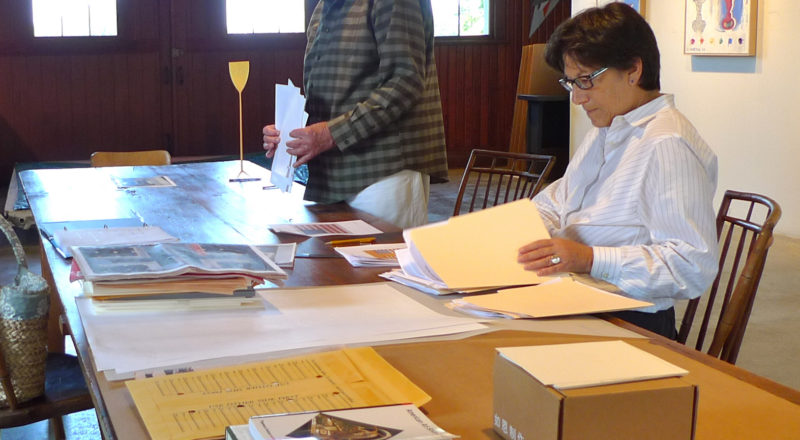 Acclaimed author Roberta Bernstein discussed her definitive monograph on Jasper Johns, as well as her experiences working with him on the catalogue raisonné of painting and sculpture. This evening was held at the Philadelphia Museum of Art February 19, 2029. 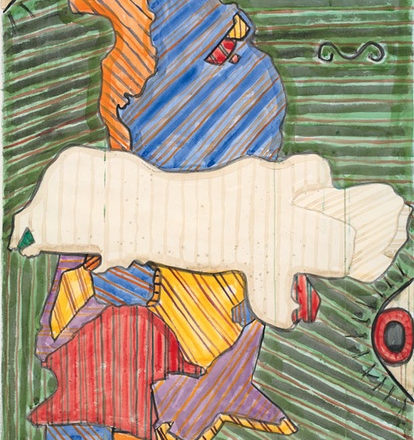 Roberta Bernstein examined selected works from The Condition of Being Here: Drawings by Jasper Johns at the Menil Drawing Institute and discussed how they engage with related paintings. Bernstein also illustrated how Johns’s art blurs the boundaries between painting and drawing and presents factors important to decisions about where certain works reside vis-à-vis recently published Jasper Johns catalogue raisonné. 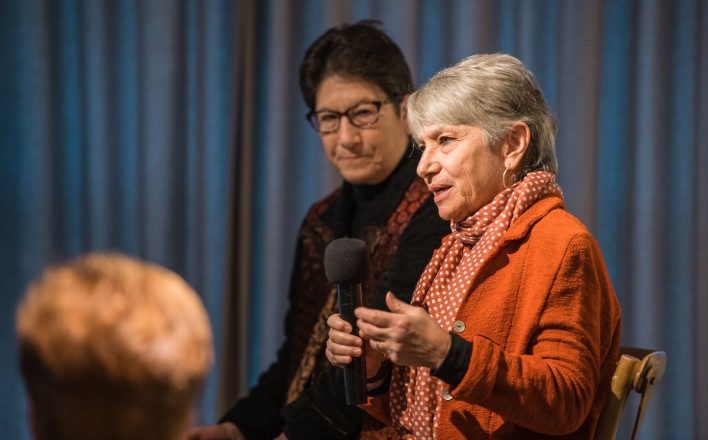 Jasper Johns scholars Roberta Bernstein and Kate Ganz spoke in a dynamic conversation, co-hosted by Sotheby’s International Realty and the Wildenstein Plattner Institute. Bernstein is the author and director of the Jasper Johns Catalogue Raisonné of Painting and Sculpture and co-curator of the Royal Academy’s current exhibition Jasper Johns: ‘Something Resembling Truth,’ and Ganz is the senior editor and primary object examiner for the catalogue raisonné of the artist’s drawings (seven of which from the Diamonstein-Spielvogel Collection will be offered at Sotheby’s on November 16, 2018.

As catalogue raisonné writers, Bernstein and Ganz are “unsung heroes of art history,” said Sotheby’s Chairman Lisa Dennison, who moderated the conversation and also discussed Johns’s unique process, innovation with materials and non-hierarchal approach to employing a variety of mediums. 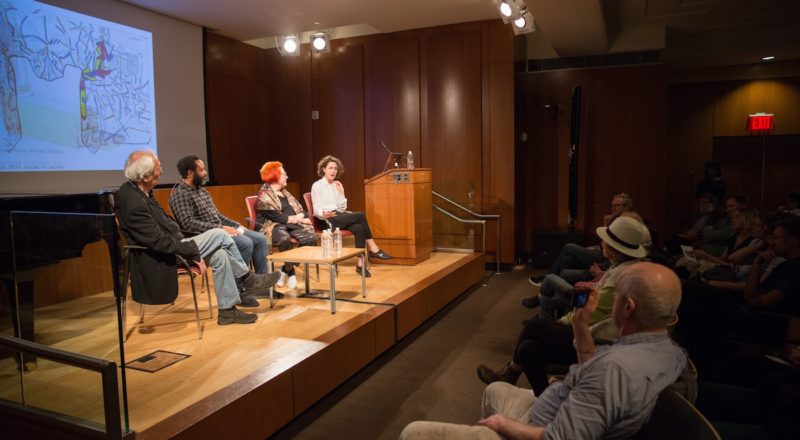 How does the work of a significant living artist enter the canon and the archive? And how must the field of art become more inclusive when it comes to representing artistic legacies?

Acclaimed contemporary painter and collagist, William Villalongo, pioneering contemporary artist and founder of Franklin Furnace, Martha Wilson, and poet/ art critic/ curator John Yau engaged in a lively discussion about these questions through their own work and the work of American artist Jasper Johns on April 26, 2018 at the Dweck Center of the Brooklyn Public Library.

Known chiefly for his flag paintings, which reworked American iconography into a new modernist attitude, Johns’ singular œuvre continues to be in active dialogue with contemporary culture. With the publication of a definitive five-volume catalogue raisonné of his work, the astonishing sweep of his art is revealed and we are asked to wrestle with its complexity.

In this two-part talk, we first delved into Jasper Johns’ work through this published catalogue raisonné with contributor Caitlin Sweeney, Director of Digital Publications at the Wildenstein Plattner Institute. Afterwards, our invited panelists discussed and raised challenging questions on living legacy, the archive, and preservation.

Read the transcript of the conversation on Hyperallergic. 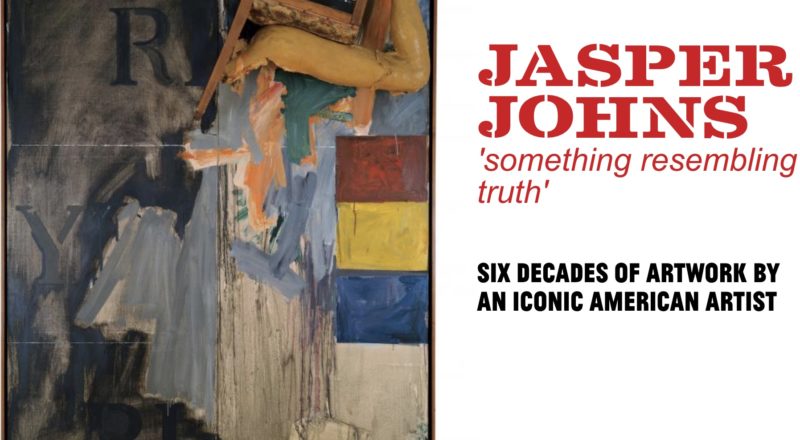 As part of The Broad’s Un-Private Collection series, co-curator Roberta Bernstein spoke with host curators Joanne Heyler (Founding Director, The Broad) and Ed Schad (Associate Curator, The Broad) about her experience working on the catalogue raisonné and more broadly about Jasper Johns’s art.